On Friday 15 April, Stedenband Haarlem Mutare, Platform Zimbabwe and the FNV Haarlem region were proud to receive Peter Mutasa, former chairperson of the Zimbabwe Congress of Trade Unions, alongside Florence Taruvinga, the current chairperson. Florence is the first female president of the ZCTU, and before that was vice president for the past five years.

Peter was in the Netherlands at the invitation of the FNV, who had awarded him the 16th Febe Elizabeth Velasquez Trade Union Rights Award in June 2021. Peter Mutasa has also been chairing the Crisis in Zimbabwe Coalition for some time, a coalition of some 75 Zimbabwean NGOs working on democracy, human rights, good governance and sustainable development issues.

Florence and Peter had a full week’s schedule. They travelled to Brussels with the FNV; as the new chairperson of the ZCTU, Florence made an introductory visit to the International Trade Union Confederation (IVV), an international confederation of trade unions in Brussels, where she had a meeting with General Secretary Sharon Burrow and discussions with the Belgian development organization FOS.  Peter visited institutions of the European Union and the European Parliament. 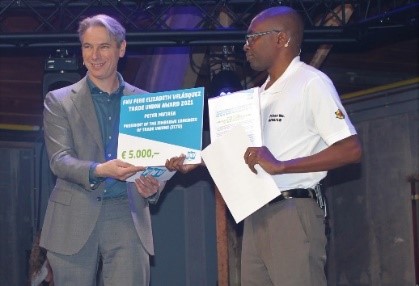 After that they attended the four-yearly FNV conference; Peter as a special guest and to receive the  Trade Union Rights Prize, Florence as one of the representatives of foreign sister unions. They also visited ZAM (The ZAM-net Foundation), the Ministry of Foreign Affairs and attended a public meeting for FNV executives in the Central Trade Union House.

The entire Friday was set aside for meetings in Haarlem. In two well-attended events at the Pletterij and the FNV Union House, Peter and Florence extensively discussed the situation in Zimbabwe, emphasizing the importance of international solidarity. 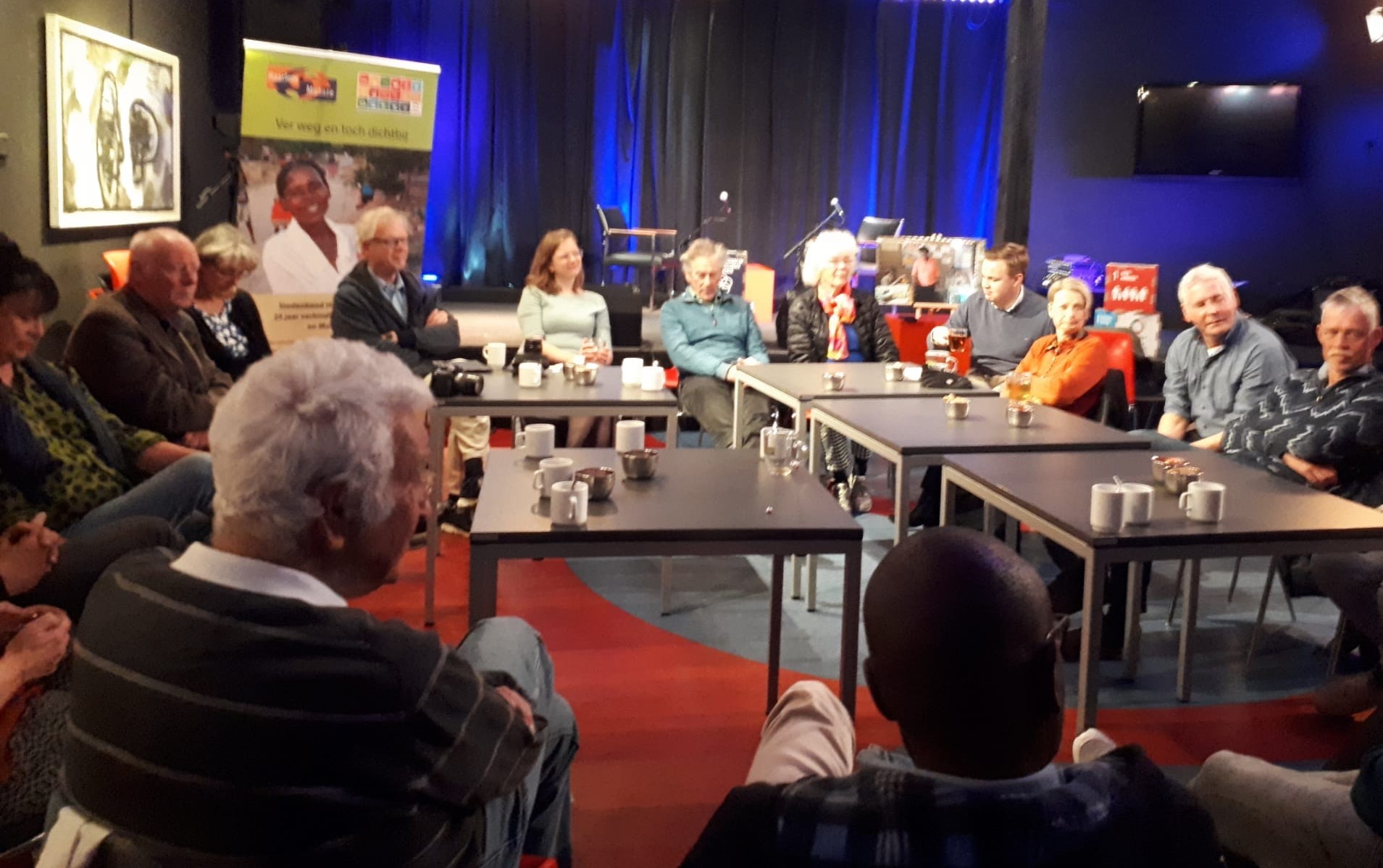 The situation in Zimbabwe is going from bad to worse, both politically and economically. The population is young, and most people don’t remember the Zimbabwe from better days, the former ‘breadbasket of Southern Africa’.  They only see it now as a country in deep crisis. When Mugabe was ousted in 2018 and a new progressive constitution was drawn up and new elections held, there was hope for regime change among Zimbabweans and the outside world.

Those hope were crushed by the way in which the current President Emmerson Mnangagwa subsequently falsified the election result and silenced and systematically suppressed all opposition. Politically, this means that it is de facto a military regime; economically, that a large part of the population lives below the poverty line of $1.90 a day with almost 90% working in the informal sector, and that the majority of people with permanent jobs (13%) also have to resort to ‘hustling’ to make ends meet. New elections are expected in 2023. But will that change the balance of power in Zimbabwe?

According to Peter and Florence, changes must come from Zimbabweans themselves, but pressure from the international community is an important support. Peter and Florence looked back on a very full but also very valuable visit.