From Thursday 21 to Saturday 23 April 2022, Stedenband Haarlem-Mutare received a visit from the Zimbabwean sculptor Percy Kuta. Percy lives in the Zimbabwean village of Tengenege, an artist community which is home to about 100 artists. He was invited by Anne-Miek Simons of the Kufambatose Foundation and will travel with her for the next five weeks through the Netherlands and Germany, gaining new insights and meeting various cultural institutions and projects. Anne-Miek first met Percy in 2016 and was fascinated by one of his sculptures, moved by its spirituality. Similar to many of his sculptures, as Anne-Miek later discovered. She stayed in close contact and received lessons from him.  In return, and to give something back, Anne-Mieke paid for Percy’s travel and provided accommodation for his trip to the Netherlands and Germany. In exchange, Percy will be giving a workshop in Roermond. As a sculptor he is self-taught and is passionate about working with stone. 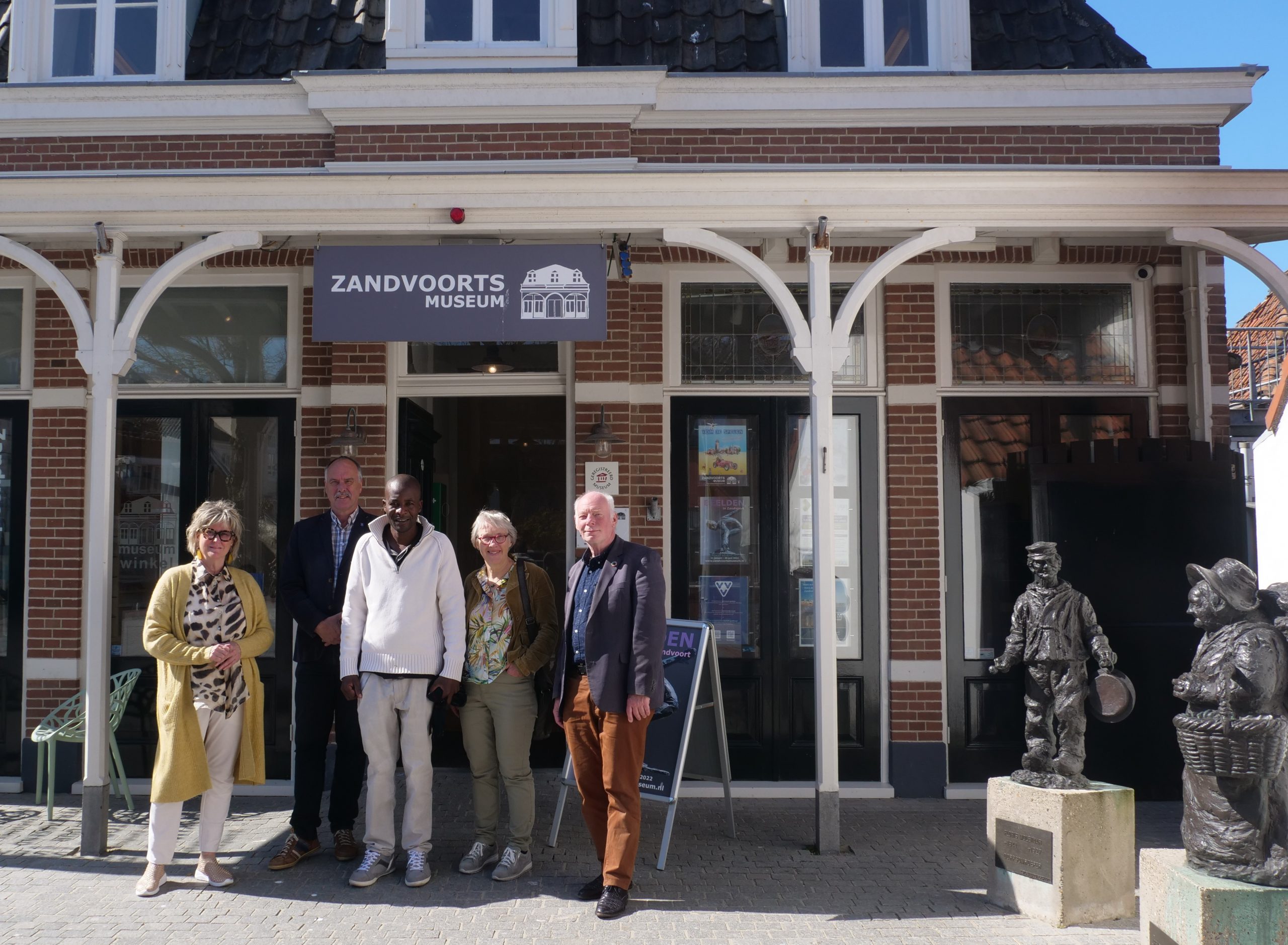 On Thursday 21 April he visited the Zandvoorts Museum with Anne-Miek and Dik Bol and spoke with director Hilly Jansen and Gert-Jan Bluijs, deputy mayor and local councillor for culture. They discussed the role of art in connecting continents. That morning, Percy had been with residents and district council chairman Albert Diederik in the Spaarnoogbuurt in Haarlem, where in 2007 a collective of 18 Mutarese sculptors had created a sculpture garden of 40 Zimbabwean hard stone animal figures. A project of which the district is still very proud.

This was Percy’s first time travelling outside land-locked Zimbabwe so, after visiting the Zandvoorts Museum, a visit to the beach was included. What better opportunity to introduce Percy to the sea! A unique experience for Percy . 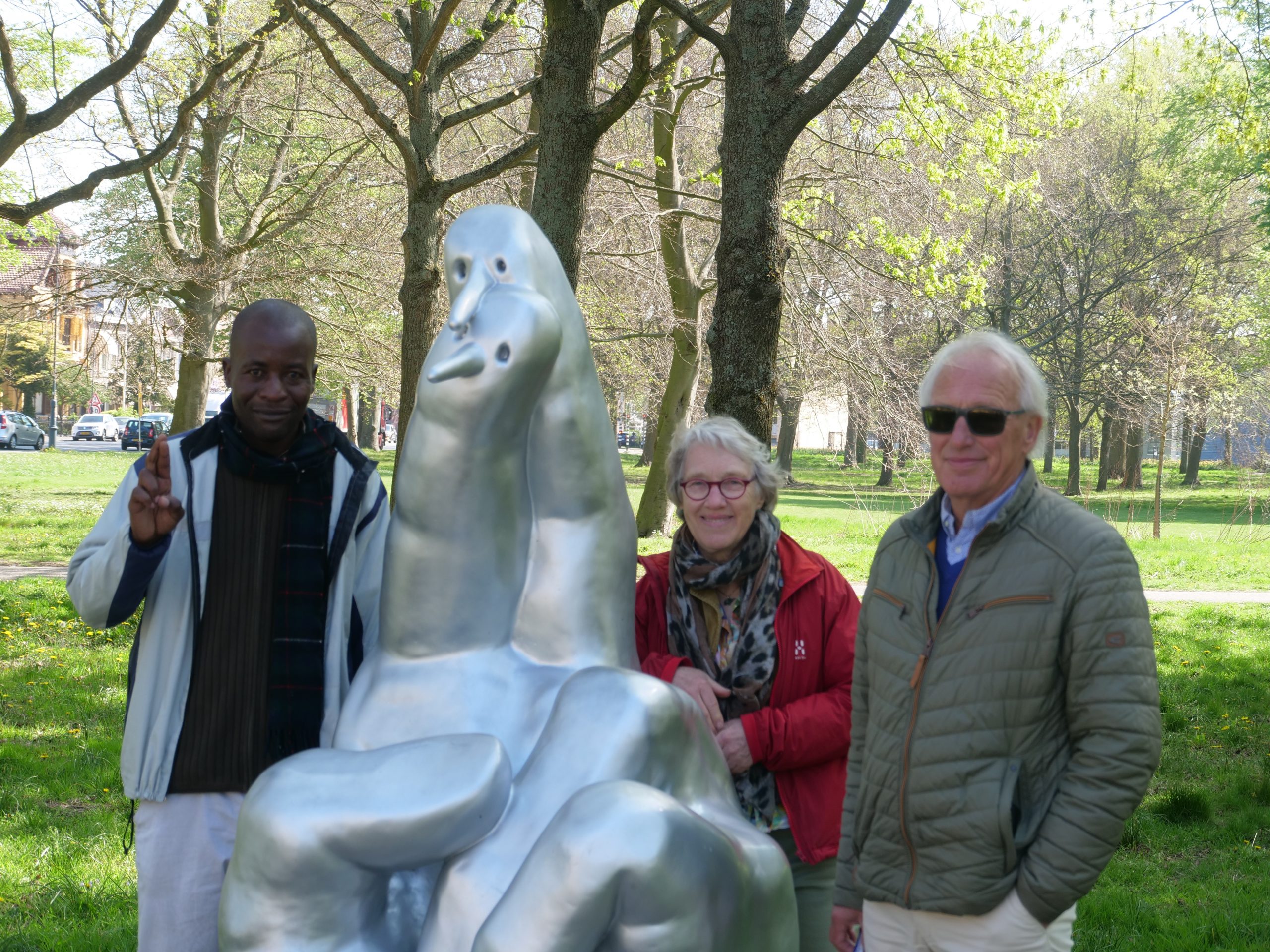 On the following days Anne-Miek and Percy visited a number of Haarlem cultural organizations, including the Sculpture Gallery Haarlem in the Haarlemmerhout, Gallery 37PK, Artists’ Association KZOD, de Waag, Kloosterspreis, Vishal and the Playroom in Zaandam.

It was a very valuable visit. Percy made many contacts and discovered art forms that he had not encountered in Zimbabwe. The first week provided a welcoming and motivating start to his five-week visit. It was much appreciated that all these contacts were so made so
accessible to him.